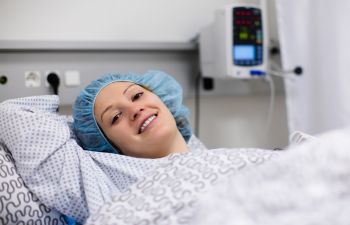 Typically, this arc-shaped, fibrous band of tissue runs across the descending abdominal aorta (the largest blood vessel in the body, which extends from the heart), harmlessly resting above the celiac artery. The celiac artery is the first major branch of the aorta and supplies blood to the upper abdomen’s organs like the liver and stomach.

If the ligament shifts, it presses on the celiac artery, and maybe also the celiac plexus, resulting in MALS, also known as celiac artery compression syndrome, celiac axis syndrome, celiac trunk compression syndrome or Dunbar syndrome. The celiac plexus is a system of nerves made up of the two large celiac ganglions (celiac ganglia or coeliac ganglia), which surround the celiac artery and are also connected to the digestive organs. They are part of the autonomic nervous system’s sympathetic subdivision and innervate most of the digestive tract.

MALS can lead to significant weight loss – usually over 20 pounds (9.1 kilograms) – due to a fear of eating because of the pain.
MALS symptoms are similar to other conditions, making it challenging to diagnose. They include:

MALS will not go away on its own, so medical intervention is necessary.

MALS diagnosis may include various imaging and other tests to first stamp out other abdominal conditions. The condition is difficult to diagnose because it is very rare. Nevertheless, a doctor can surgically treat it. However, because it is so rare, you should find a surgeon who has experience treating MALS. Fortunately, Dr. Danny Shouhed has a long history of treating patients with MALS.

Dr. Shouhed has performed thousands of surgeries using laparoscopic techniques through his practice in Los Angeles. Laparoscopic surgeries are performed through small keyhole incisions, allowing for less risk, quicker recovery time and reduced scarring. Contact our offices today if you seek a minimally invasive solution for effective relief from MALS.